At my last pop-up brunch I was lucky enough to be sponsored by Mö, a relatively new Finnish company that produces delicious oat yoghurt.  Their yoghurt is not only produced in Lohtaja, Finland, but is made with local Finnish oats.  It currently comes in three flavours, natural, banana and blueberry-cardamom.

I used their natural flavour as a base to create this Mö oat yoghurt bowl.  I added some spicy, punchy flavours, blueberries and dried figs to create this slightly North African inspired dish.  I love making sweet dukkah (an Egyptian spice and nut mixture) and for this bowl, used dried orange zest, cinnamon and toasted sesame seeds.  I paired this with a sweet and spicy ginger syrup to balance the tang of the oat yoghurt.

This post has been produced in commercial collaboration with Mö 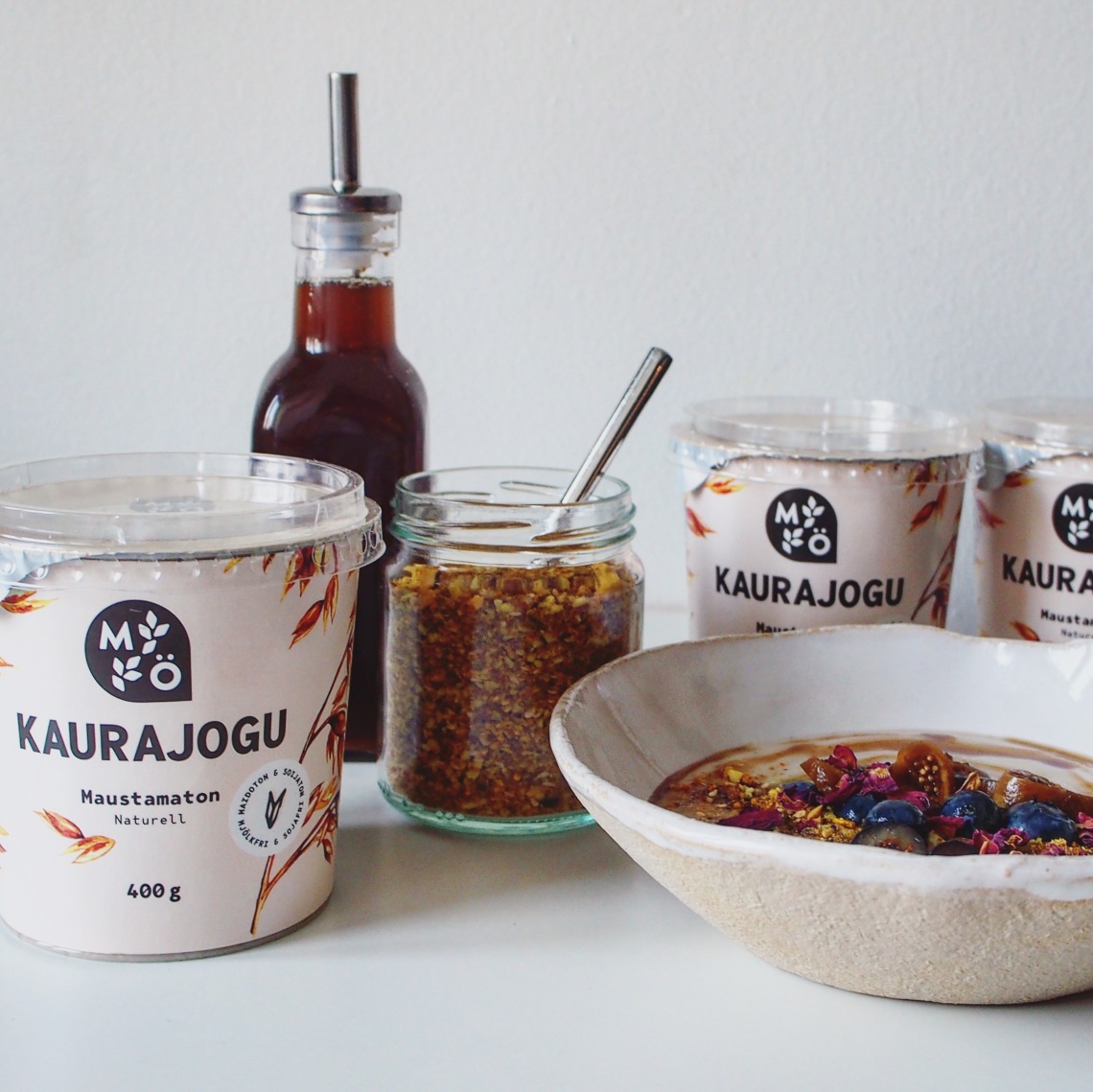 a couple of handfuls of fresh blueberries

For the ginger syrup:

Simply add all the ingredients to a pan and bring to the boil.  Reduce the heat and simmer for 10 minutes to allow the flavour to develop.

For the Orange and Cinnamon Sweet Dukkah:

Toast the almonds in the oven at 170 degrees for 8 – 10 mins until beginning to brown, allow to cool.  Turn the oven down to 60 degrees.  Using a vegetable peeler, peel long strips of orange zest.  Try to peel as little of the white pithy part as possible.  Place on a lined baking tray and bake for an hour or so until the orange zest is dried out and begins to curl up a the edges, allow to cool.  Whizz the zest in a spice grinder or blender until finely chopped, it should resemble a fin powder.  Add the nuts and pulse until coarsely chopped.  Finally add the sugar, sesame seeds and cinnamon and stir through the nut mixture.  Store in an airtight container.

Finally divide the yoghurt between bowls.  Drizzle a little of the syrup over the top, sprinkle over a generous amount of the dukkah and decorate with the fresh blueberries, figs and flowers.